The German augmented sixth chord is found in the bridge of the song in which it makes two appearances! For those of you who don't know where the bridge is in this song its the "When you told me you didn't need me anymore....I nearly broke down and died" part. You know what I'm talkin' bout now? Kay good. Now, if you would look in any old beatles guitar tab book or what have you, you would find that the German augmented sixth chord would be labeled as a flat VI (F7 in the key of A major) chord. But don't let this fool you! That chord is, in fact, a German augmented sixth chord! You may be saying to yourself, "but wait...f....a...c...eflat...that's not an augmented chord!". Well if you take that eflat and enharmonically spell it as d# then guess what you get? That's right! A good ol' German augmented sixth chord. Since the german augmented sixth chord is not something heard that often in popular music you might want to think of that chord as a flat VI when playing/performing it because it flows better within the rest of the song....a lot of publishers of guitar tab books agree with me. One other note on the performance of this song, the first time the augmented chord is played it doesn't really resolve to where you think it might. Instead of resolving to dominant like most german augmented sixth chords would it goes to tonic....just an interesting little snippet. The second time the chord is played it does resolve to a dominant chord, for those of you wondering. Now, for all of you who really have no interest in performing this song and really would just like to sit back and listen to it take note of these musical observations! The first thing I noticed while listening to the bridge is the bass line...uhm it's basically amazing! It does this upward chromatic thing that goes right into the augmented chord, SO GOOD! And like I mentioned before the augmented chord doesn't resolve straight to a dominant chord, instead it pulls you back to tonic. So there's kinda like some tension/pull going on right there at the "...you didn't need me anymore..." part. Take a listen! 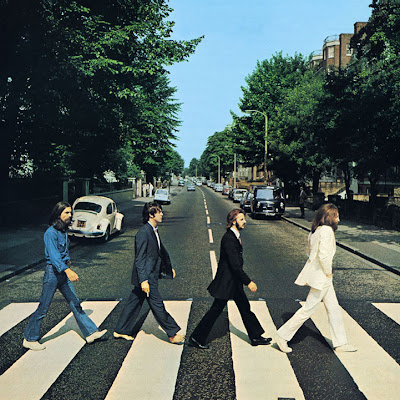 There's also one, played quite a few times, on the same album in I Want You (She's So Heavy)

Not trying to be a jerk but the really is no augmented sixth cord in Oh! Darling. There is no D sharp (E flat) in that F chord. It was apparently wrong in the book.